Wood pellets are made from dry sawdust compressed under high pressure and extruded through a die. Some may include a low level of added binder, such as starch, but we use nothing other than steam.

They come in a range of sizes: for domestic and relatively small scale systems 6 or 8 mm is typical, while for larger systems 10 or 12 mm are common.

Wood pellets should be dry, clean, mechanically robust and have an ash content defined by the appropriate standard to which they have been made, which may also define other contaminants such as chlorine content.
They should also flow freely and can be delivered via a pneumatic system.

The combination of low moisture content (8-10%) with a compressed, dense pellet (typically >1,000 kg/m3, i.e. greater than the original wood) and the ability to flow and pack closely, gives a fuel with a high bulk energy density. This then requires less storage space than lower density fuels such as wood chips.

Using as a biofuel

Wood pellets are also a pleasant, clean, consistent fuel, and modern pellet boilers are highly sophisticated, featuring all the facilities available on modern gas boilers. When combined with a reliable supply, infrastructure wood pellets have proved to be a very popular renewable alternative to fossil fuel based domestic, and small to medium scale district and site heating in several European countries.

Using as an alternative to coal

Wood pellets also provide an alternative, renewable and low carbon alternative to fuel old coal boilers.
Commercial conversion kits are available, but some systems are being run with few modifications other than to the fuel feed which needs to be higher owing to the lower energy density of wood pellets.
Where coal is in use storage and handling infrastructure for a solid fuel will already be in place. Wood pellets provide a fuel that, in addition to its environmental benefits, is cleaner, more pleasant to handle, is less aggressive to fuel handling components such as augers, and produces considerably less ash.

Wood pellets are only as good as the standard to which they are manufactured. Poor quality pellets may display inferior mechanical robustness, and will tend to disintegrate into sawdust more readily than those of better quality. They may also have lower energy density, higher levels of ash or contaminants such as heavy metals, chlorides or Sulphur or higher moisture content. 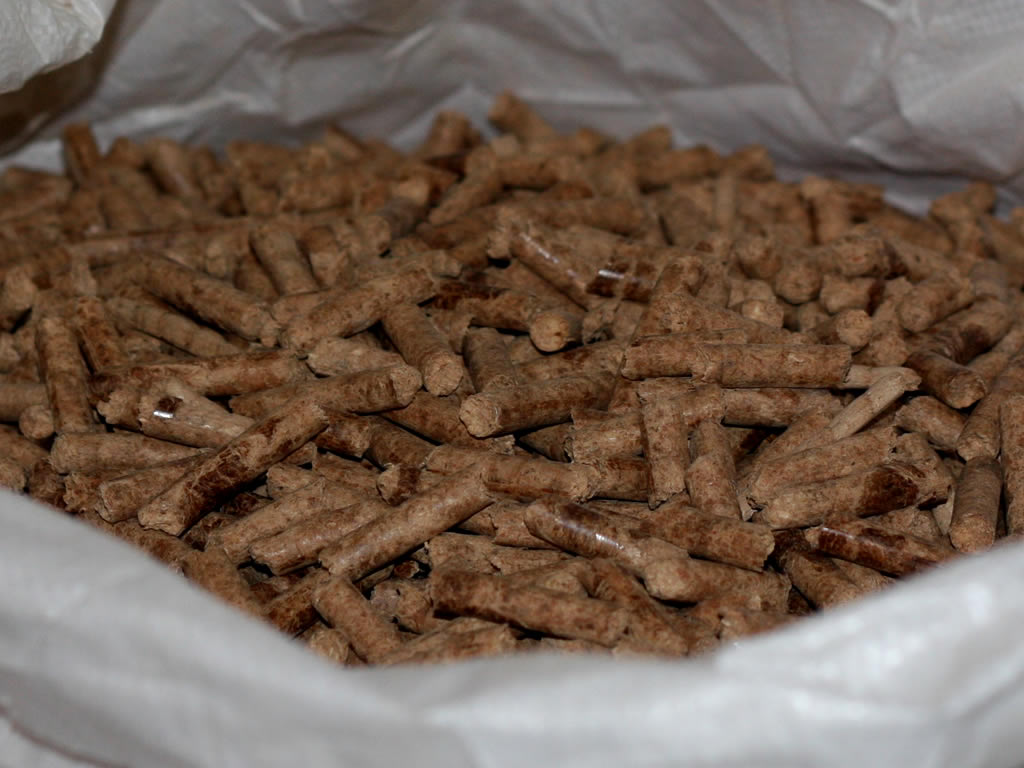 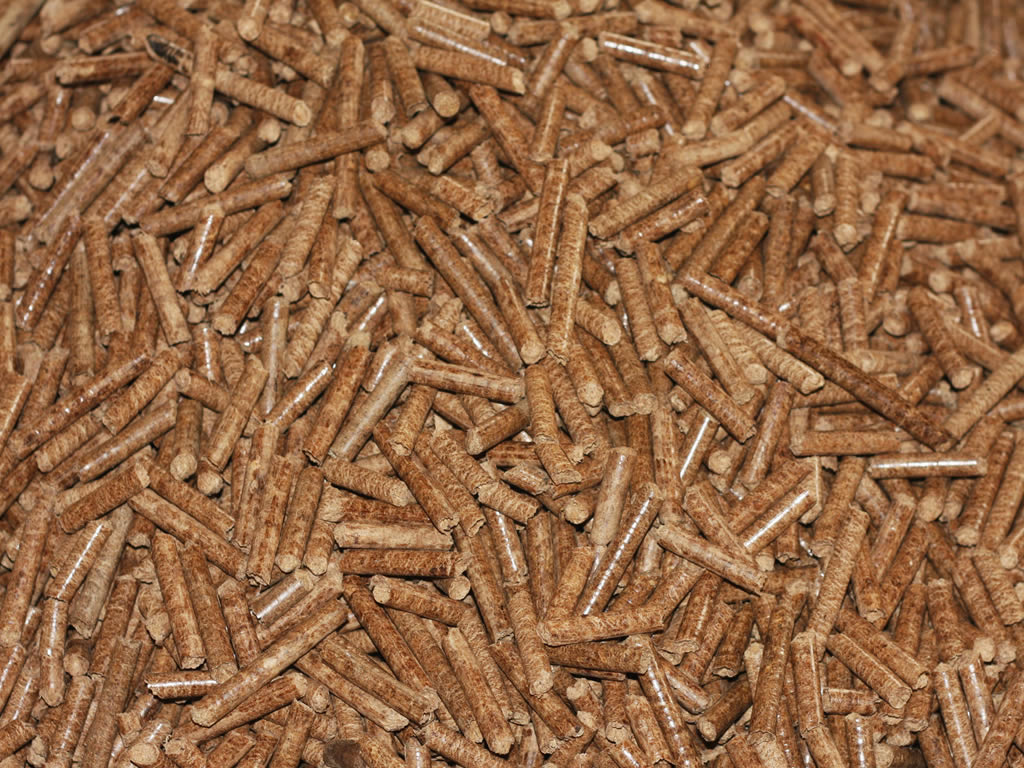 Our wood pellets are made from 100% natural wood sawdust reduced to uniform size and dehydrated to <10% moisture level. Following moisture control, the pellets are pressed and shaped. The end product is then weighed and sampled for consistency.

I. PRE-STORAGE
We start with ensuring, the storage area for feedstock is dry and clean. Passive or active drying may take place at this stage

II. GRINDING
The material is pulverized in a hammer mill and refined to a consistent fine sawdust.

III. DRYING
The sawdust is dried to achieve consistently low moisture content of less than 5%

IV. PRESSING
Milled material is sieved and conveyed to a pellet press, a perforated matrix with a rotating cylindrical roller. The sawdust is compressed under high pressure and forced through the ring or flat die perforations against the resistance of the tapered channels. This is a hot process – in excess of 110°C – that compacts the wood fibre and extracts and bonds the lignin onto the surface of the pellet, holding the pellet in shape and giving it a characteristic sheen on the outside.

V.COOLING
The pellets leave the machine at around 90°C, and harden when cooled leaving them more robust for storage and handling. Some water is removed bringing the moisture content to below 10%.

VI. SCREENING
The pellets are passed over a vibratory screen to separate fines.

VII. BAGGING
The pellets are bagged automatically in small or bulk bags.